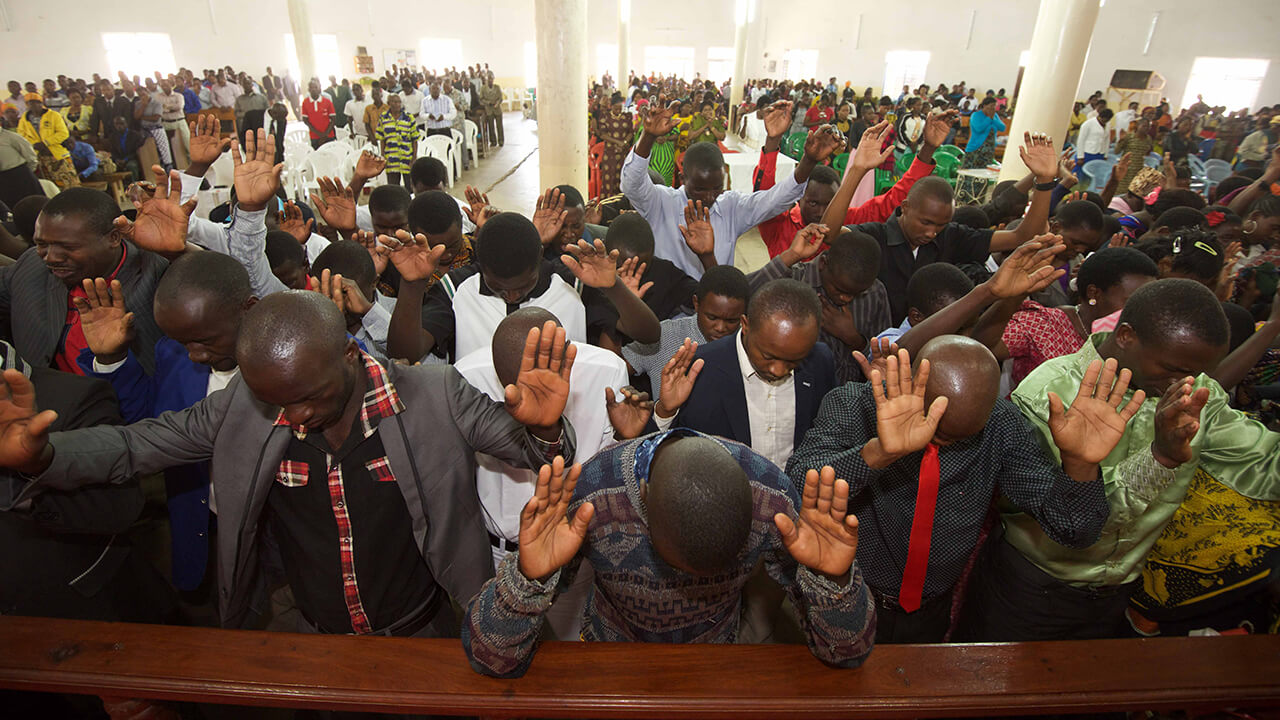 In May 2018, Greg and Sarah Owens and their children Abby and Caleb arrived in Durban, South Africa, to help establish Northplace Church Durban — a new church plant begun just that February.

Northplace Church Durban is one component of “Urban Tribes,” an AGWM ministry focus aimed at Africa’s growing urbanization. City growth is a global phenomenon, but Africa is urbanizing faster than anywhere else. The major African cities have blended cultures and tribes, mixing them across a variety of economic scales. They are forming new “urban tribes” that are shaping Africa’s cities and the continent at large.

In response to this social phenomenon, a wave of AGWM missionaries like the Owenses are engaging these new “tribes.”

Greg and Sarah report that since its inception a year ago, Northplace Church now averages 140 attendees weekly, and has seen a 108 people receive Jesus as Savior and 54 participate in water baptism.

One young man who found Jesus at Northplace is from the Zulu tribe (the largest of South Africa’s nine tribes).

“He recently brought in his prayer beads that he used to pray to his ancestors,” Greg and Sarah write. “He said God wanted him to get rid of the beads because now he is serving Jesus and doesn’t need them anymore! It's been so exciting to watch this man grow in his relationship with God and be excited about his new life in Jesus.”

In October 2018, Northplace moved to a new building in Umhlanga, one of Durban’s fastest growing suburbs. The church is in the heart of the area, at one of the busiest intersections. The Owenses believe they are best positioned to effectively reach the community (comprised of many young professionals, students and families).

Logistical obstacles remain. Greg and Sarah are currently applying for “special consent” from the city government as this property was previously a motorcycle repair shop and is not zoned for a house of worship.

“Permission must be granted by the city in order to continue renting the building for church services, and the approval process could take 3-6 months,” they conclude. “Please pray we have favor with the city and receive consent quickly. Pray that we will also receive funding for our church to complete needed renovations once special consent is given.”