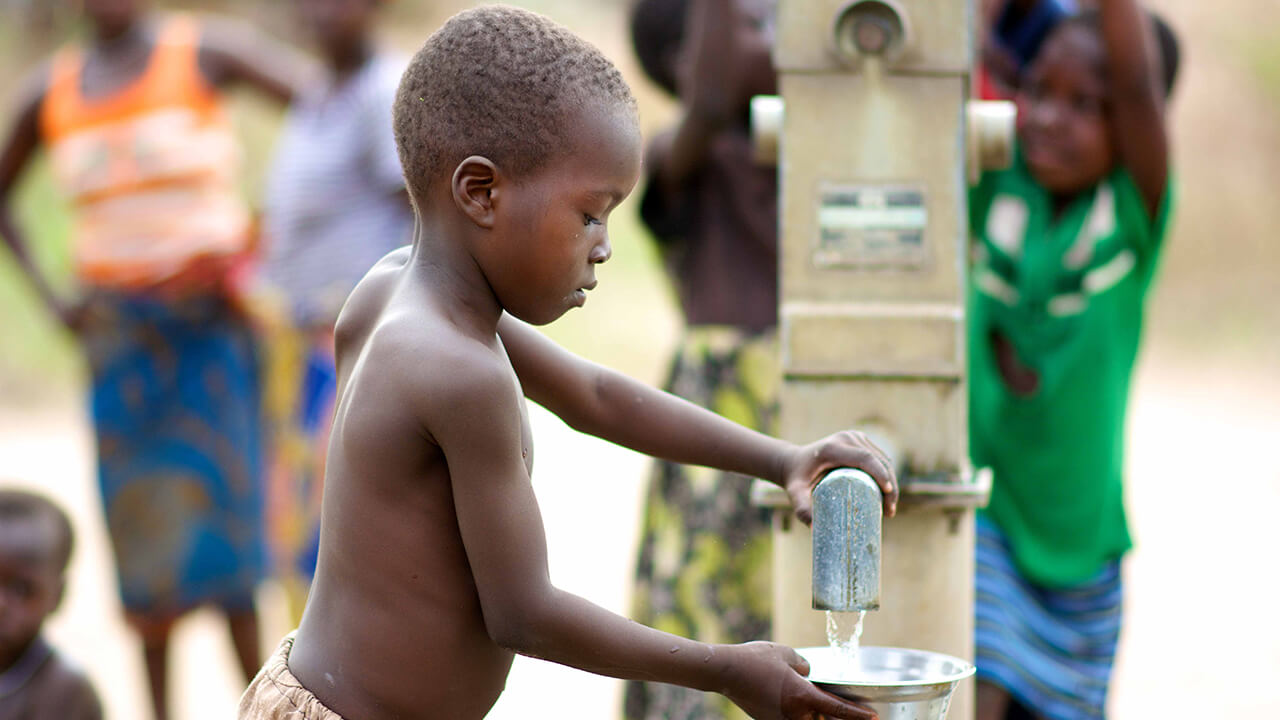 In front of Grace School in Notsé, Togo, a crowd of nearly 500 people — many of whom were Muslim — gathered in 2018 for the distribution of heavy-duty water filters and buckets by the Africa Oasis Project, an Assemblies of God World Missions initiative that is responding to Africa’s ongoing water crisis.

As in many other villages across Africa, waterborne parasites and illnesses such as typhoid, cholera, salmonella and diarrhea routinely brought death to children and other vulnerable members of Notsé’s society.

AGWM missionary Tim Ligon gestured toward the buckets and filters, stating, “Someone loves you. A church in the USA has given you these gifts, so you can see their love for you today.”

Ministry team members then drew water from a shallow, hand-dug well nearby, and demonstrated the use of the filters.

“The difference between the filtered and unfiltered well water was shocking,” says Africa Oasis Project team leader Mark Alexander. “The crowd began to cheer and clap, telling us they did not realize just how filthy the water they had been drinking actually was.”

Notsé’s pastor quietly pulled Tim Ligon aside, “What you have done here today is saving lives.”

“The positive effect of good health is staggering,” says Mark, who along with his wife, Vickie, has served with AOP for 25 years. “These filters will last for years. In addition, the gift of Living Water will last for eternity. The results of this are too large to be understood.”

In partnership with Joel and Adrienne Charest, AGWM missionaries to Mozambique, the Evanses oversaw the drilling of a well beside a church in a remote, predominantly Islamic village.

“It was a delight to partner with our missionary heroes, the Charests,” Steve says. “When we arrived at the church and the new well, people were standing in the dirt road, singing and dancing. The joyful pastor told us no water had ever before flowed in their village. Buckets were given to 100 new believers that day.”

Steve and Glenda conclude, “We love what God enables us to continue to do for Him, bringing clean water and the Living Water to the people of Africa. To Jesus be all the glory!”