Led Forth With Peace

Led Forth With Peace 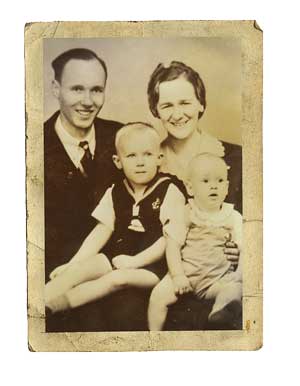 In 1941, missionaries A. Walker and Nell Hall were trapped in Kowloon, Hong Kong, as Japanese troops poured across occupied China in a wave of anarchy and violence. With their two young sons, the Halls spent three weeks in hiding, followed by six months under Japanese control at Stanley Internment Camp in Hong Kong. In July 1942, they were repatriated in the first and only prisoner of war exchange of its kind during wartime. Following is an excerpt of Nell’s book Led Forth With Peace, (first published as For the Duration), describing the days immediately following Pearl Harbor.

The night was full of horrors as the looters worked throughout Kowloon. Torchlights flitted to and from houses to buses and trucks where goods were being loaded. Lights glowed at windows as thieves rushed from room to room, grabbing what they wanted. Screams pierced the night hours, spaced at short intervals and accompanied by pistol shots, leaving us to imagine what we could not entirely follow with our eyes.

Then, suddenly, an alarm was given. The looters had arrived at our door.

One look into the bleary eyes of the first looter told me he was probably drugged. The smell of alcohol was strong upon him. His hands twitched nervously and continually as he fumbled with his weapon, a “chopper” with which I was fully acquainted. His demands on me were rather indefinite, and I merely stood calmly near my two young sons while he looked us over.

The looters’ weapons were all different, but each was fearful in its own way. I had no doubt that the screwdriver would be quite dreadful if it pierced my chest. The chopper was all too familiar to us. But the man who handled a homemade dagger was the one who really seemed to mean business.

He pressed the point of the dagger at the chest of my 3-year-old son, Arlin, looking at me as he did so. I had no idea what the man might do and told him that the only valuables the child had on his body were a few buttons on his clothes. He finally left us.

A few minutes later I saw Walker backed into the corner of a bedroom, the same dagger twisting his shirt above his heart. For the first and only time during the experience, my heart failed me and I tasted a fear that brought physical illness as it swept over me.

I closed my eyes and pleaded for the protection of the blood of Jesus over him. At that moment, a miracle happened as peace swept over me from head to foot. I sensed that I was standing in a river of peace.

I could not have expected the sensation that came next. In some inexplicable way, I could actually feel peace, even between my fingertips. The contrast between this feeling and the overpowering fear that had possessed me the moment before was like a powerful physical support.

When I opened my eyes, I saw that the man had released Walker.

After their release from Stanley Internment Camp, the Halls continued to serve as missionaries until their retirement in 1980.

In May 1910, newlyweds Paul and Nellie Bettex crossed the border from Hong Kong into South China. Spirit-filled and sure of their calling, they rented a meeting place near the Big East Gate in the city of Canton. From this center, they forged a path for the gospel.

Not far from the Big East Gate, Sz Sham, a lonely blind woman, lay dying. One day she heard someone outside her home saying, “Jesus is all-powerful. He can heal the sick, cause the lame to walk, and restore sight to the blind.”

“Who is Jesus? she wondered.

Sometime later Sz Sham awakened from sleep to see a stately Man dressed in white. His presence filled her room with light.

Immediately Sz Sham’s sickness left, and her eyesight was restored.

Sz Sham begged her husband to take her to a place where she could learn more about Jesus. After much searching, a friend directed them to the Big East Gate mission where the Bettexes labored.

Sz Sham continued to grow in her faith and was baptized in the Holy Spirit. Even though she could not read, she bought a copy of the Bible because she knew it told about her wonderful Savior. She often looked at its pages, but she held the Book upside down. When other believers laughed, Sz Sham was ashamed.

For four days and nights Sz Sham prayed. Then the Holy Spirit said to her, “Get up and read Romans 8.” When Sz Sham picked up her Bible, it opened to this chapter and she read it through.

“I can read and I will prove it,” she told her husband.

Again Sz Sham read Romans 8. Moved by this miracle, her husband fell to his knees and confessed his sins. Together they helped Paul Bettex at the Big East Gate mission.

Since Nellie’s death, Paul had begun ministering outside Canton. During one of these preaching trips, he was reported missing. His body was eventually found with three bullet holes in his chest. No one ever knew what had happened.

Following the Bettexes deaths, Sz Sham carried on a ministry of evangelism. In only one year, 300 people were filled with the Holy Spiritas Sz Sham preached the Word.

Wilbert Williamson, one of the first AG missionaries to South China, laid the foundation for a church in the neighborhood in Canton where the Bettexes served. The message this couple preached continued to bear fruit long after their earthly voices were silenced. 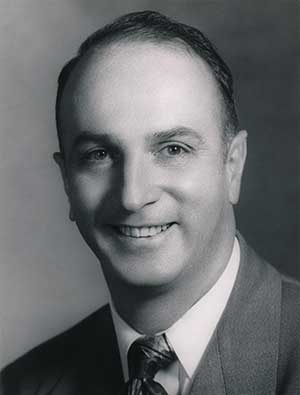 “I wish you peace, Pastor Ho,” the stranger said politely.

My wife, Clarris, and I had stopped at an inn to rest during a journey to the interior of China. We had just finished our morning devotions when the man dressed in peasant clothes came to our door.

Some years ago my mother met someone who sold her a Bible. When she returned home, she told me, ‘This Book will show us the way to heaven. You must learn to read it.”

I found a man who taught me to read. As I read the Bible, I became convicted of sin.

I did not know how to pray, but I knelt and asked God to save me. Suddenly, the burden of my sin lifted.

The soldiers came and said that I must worship the village gods again, but I told them I would not do that. As a believer in the Lord Jesus Christ, I would worship Him alone.

The soldiers took me to the whipping post and whipped me, but I still had Christ in my heart.

One day while I was praying, my room was filled with a strange and glorious power. I suddenly found myself speaking in a language I had never studied.

I have made a room of my house into a chapel. Some who have visited the chapel have believed on the Lord Jesus Christ. I have prayed that the Lord would lead someone to teach us.

While I was praying one day, God said to me, “I have heard your prayers, and I am sending someone to help you. He is a foreigner named Ho Yuin Kwang.”

The man looked at me. “Is that your name?” he asked.

“Yes,” I replied, for that was my Chinese name.

The man continued his story.

"Then I saw you, dressed just as you are now. From that day I have waited anxiously for you to come. When I heard today that a foreigner was here, I came with great haste."

By that time my wife and I were weeping. I asked the man, “Would you like to have some tea? Would you like some hot water to wash your feet?”

With a hurt expression, he replied, “Tea? Water to wash my feet? I can drink tea and wash my feet at home. I have never been taught to worship. Let us make some worship now.”

Then we prayed. Suddenly the Spirit of God came upon the man and carried us out of that inn and out of ourselves. We felt as if we were in the very presence of God.

Now we knew why God had sent us on this journey and why we had stopped at this particular inn. Like Peter of old, we had been drawn by the prayers of a faithful Cornelius. 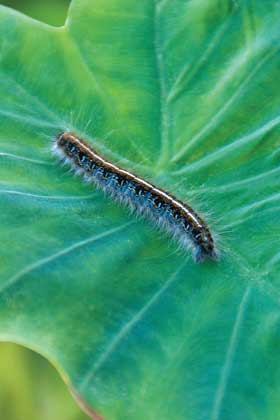 Many Miao (Hmong) people in Northern Asia are Christians. Most live simply, making a living from agriculture on the high, arid slopes around their tiny villages.

One village of Christian Miao invested in mulberry trees, the leaves of which are used in the summer to feed silkworms. It can be a profitable investment—if the leaves mature.

One day in late spring, someone noticed caterpillars eating the mulberry leaves. Soon the insects were everywhere. Men, women, even children were sent to pick the caterpillars from the trees. They worked as fast as they could, but their efforts failed to make a dent in the number of pests. Eventually the workers stopped because pulling the branches was destroying the young leaves.

Pesticides could have helped, but none were available within a few days’ walk. Even then, the Maio did not have money for such a purchase. The situation looked hopeless.

“Let’s go to church,” one believer suggested. “Our efforts are useless. Let us call out to God. Perhaps He will help us.”

Everyone agreed. They made their way across the hill and, with voices as one, called out to God for help. They didn’t return to their homes until late that night.

Early the next morning, as one believer aroused himself to return to the chapel, he heard the cawing of a crow. Looking into the still-gray sky, he could see a large flock of birds circling overhead. Suddenly the birds swept down on the mulberry grove and began feeding on the fat caterpillars.

Miao believers watched from the village as the crows feasted all day. Then, just before evening, the birds retreated over a distant hill, never to be seen again. And in the mulberry grove, not one living caterpillar could be found.

The leaves were harvested later that summer, and the Miao’s yearly cash crop was secure. God, they knew, had heard their prayer.